Its a late Saturday afternoon slipping into evening. Hint of Spring pushing away winter.

I recently covered a march supporting efforts to promote Divestment from the Dakota Access Pipeline in San Francisco, walking the five blocks rather than taking a taxi because the streets were all blocked off. I’ve been paying for it ever as the injuries from the fall continue to pose a challenge. A 10-day treatment, new x-rays and cancelled trip to Los Angeles was the unexpected result. A reminder! Enjoy all the media and photo assignments, commissions and chances in this life! What a gift! I so appreciate each chance. View the series in the Gallery.

I am back n the studio after being out in the garden earlier, enjoying what felt like the first day of Spring, still the ground quite soaked from the rainy year we had. As I got up to go back in, I was transfixed by a parade of dragon flies, more than I had seen together at one time. Counting how many was impossible, each darting dragon replaced with another. So, I sat back, and allowed the moment to exist, and enjoy such a sight. I moved to this house at exactly this time of year. I remember seeing then one, two, three dragonflies.

In a special collaboration with the Latino culture site Remezcla, Latino USA looks at the long-standing relationship between Hollywood, Latin America, and Latino filmmakers. We find out how Hollywood movies are adapted for Latin American audiences by learning about the dubbing of the most recent Star Wars film, Rogue One. Then, we go back to 1931 when a Hollywood studio experimented by making a Spanish-language version of Dracula at the same time they were filming the English-language version. And, we examine what it means to be an independent Latino filmmaker today.

Excellent cinema history about the 1930’s version of Dracula, and how its productions values are relevant today for Latino Indie filmmakers seeking to reach their communities and wider audiences.

Latinos purchase more movie tickets than any other ethnic group in the U.S.

Innovative ways of reaching audiences often involve how the filmmaker deals with language.

I am inspired by the part of the podcast explaining more about current dubbing and subtitle options. 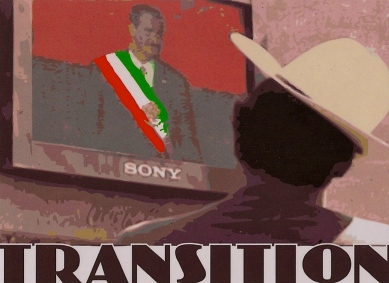 I am taking back to 2002, when I was building towards distribution of my hour-long documentary, ‘Transition,’  Spanish language dubbed and subtitled films were frowned upon.

So many strides have been made in the last 16 years, Spanish language programming is understood to be valuable and language a sign of respect.

As the filmmakers in this podcast speak to later in the program, today, its important for content distributors to understand the language, history, context,  and the community to be able to fully evaluate a Spanish language film’s market and social impact potential.

Well forth a listen for indie filmmakers, and, enjoy streaming from the entire Latino USA Podcast Playlist.

Join my Patreon for Rewards and Support Upcoming Projects

All Voices – Articles, Essays and Photos Published by Catherine Herrera